Rumble City is a game of hot rod combat. It is free to print, copy, distribute etc. Send me an email at gadjogadjo(at)hotmail(dot)com if you wish to comment privately, or if you want me to post a picture of your car, or art, or your rules adjusment, or scenario, or play report, or whatever really.
Or, just comment on the posts.
And yes, it's very similar to other car combat games, but it is also quite simple, free, and fun. You can play at whatever scale you like. Or almost no scale.

Slowly plodding away, like a...well, a snail. If snails can be said to plod.

Posted by Matthew Adams at 11:32 PM No comments:

Poetry, or a poor attempt of...

I sometimes write geeky poems for my settings because I read too much Tolkien and George Macdonald when I was young.

And I think poetry goes a long way in cementing(?) a world in the imaginations of readers.

Not that I think my poetry is any good, but I enjoy writing it and I think it minimizes the harm setting it free on my little read blog.

the first one is Rumble City related.

The other two are much older and other setting related.


There is a poisonous green glow,
Where it’s from we don’t know,
It flickers across the night in Rumble City.
The rat rods all go screaming,
Down streets that lay a gleaming
With a petrol sheen at night in Rumble City.
And she left me for a Fink,
A Bambi or a shrink,
But it doesn’t really matter to the sour looking waitress
As to why I nurse my tips and my drink.
So I leer down at her tits,
But she doesn’t take the compliment,
And I really can’t blame her,
As I never really meant it.
When I shuffle out the door,
Kicking my eyes across the floor,
I see a poisonous green glare,
Where it’s from I don’t care,
It flickers in the night in Rumble City.

Like dew on a web
A lair encrusted with gems
Is Morgothia
Those that enter
Swing in the breeze, empty.

Your oceans have retreated
Have fled your withered flesh
The roar of your name
Floats away on the foam
Their gentle caress is no more.

Written during the Great Calamity.
Translated from the original by Omaz the scribe.

Nox, city of perpetual haze and a winos alcohol fumed daze, sits at the mouth of the river, a canker on the lips of the nation, a spotted liver.

Nox is the city of hard knocks, of hard silicone knockers. She pointed her chest at me like a double barreled bazooka said a poet describing Nox and her plastic hookers.

Chinatown is The Chinatown, where sailors still get shanghaied and children end up in crockpots next to their pets, soon to be gulped down.

In the sewers below roam the shadow people, lost to the city and lost to themselves. Forgotten cults practice forgotten rituals detailed in moldy books pulled from rotten shelves.

Above it all soar the cloaks, the skin tight gods and goddesses, between the towers of the super rich. And sometimes we remember that they too climbed from the gutter, their need for wealth or power a constant itch.

Nox, city of night, and of the eternally flickering neon light. 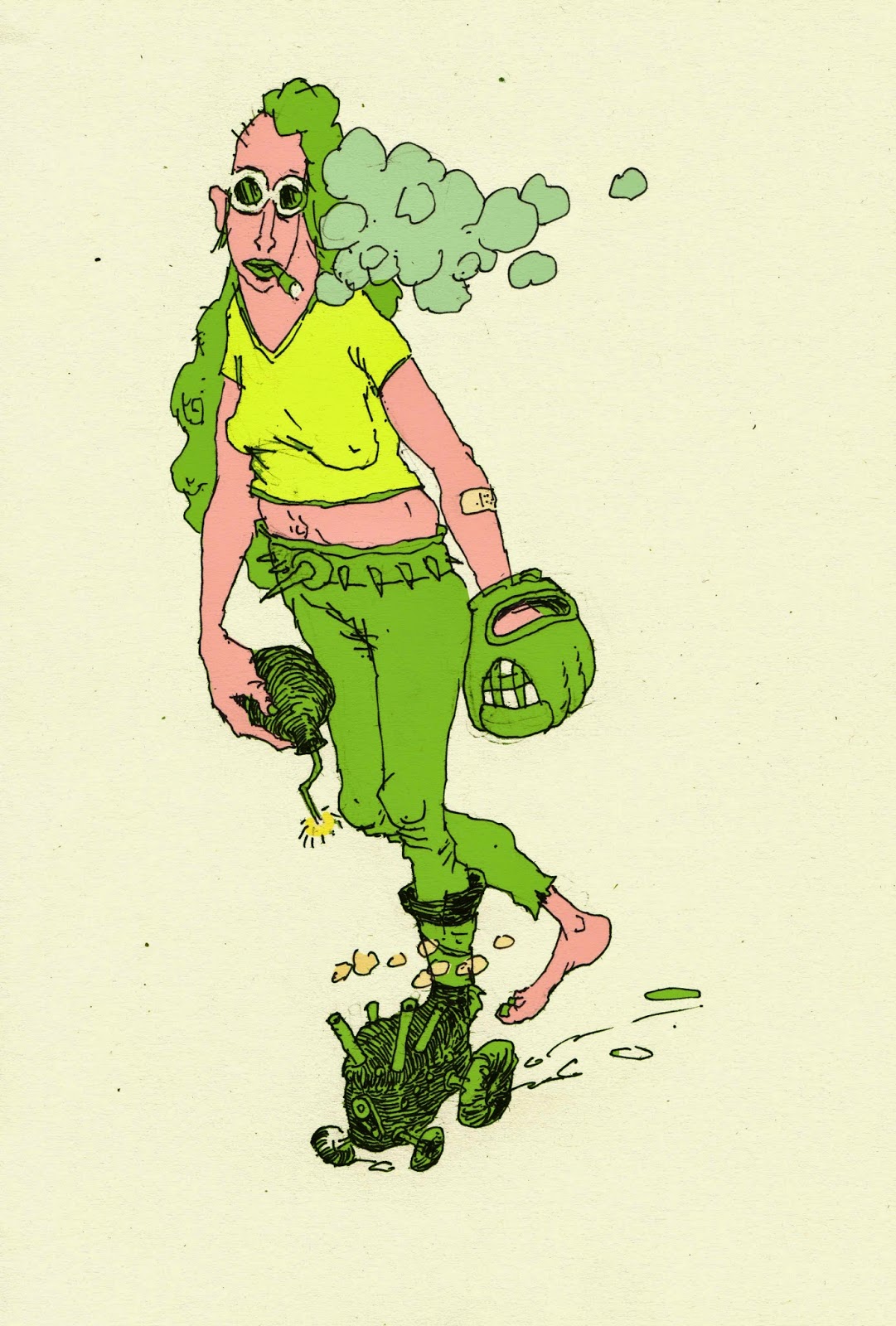 Posted by Matthew Adams at 4:47 PM No comments:

Posted by Matthew Adams at 9:34 AM No comments: 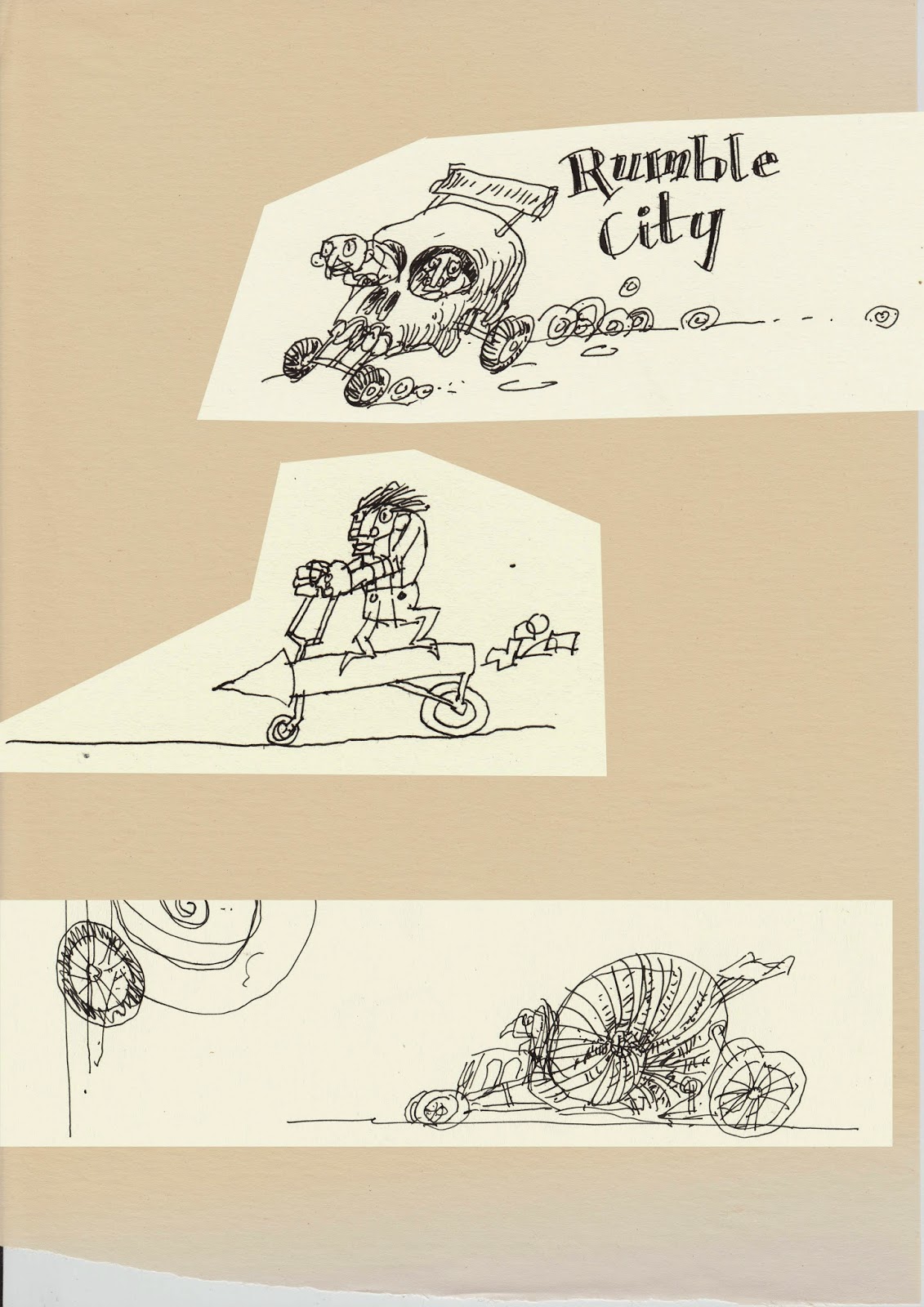 Posted by Matthew Adams at 11:33 PM No comments: 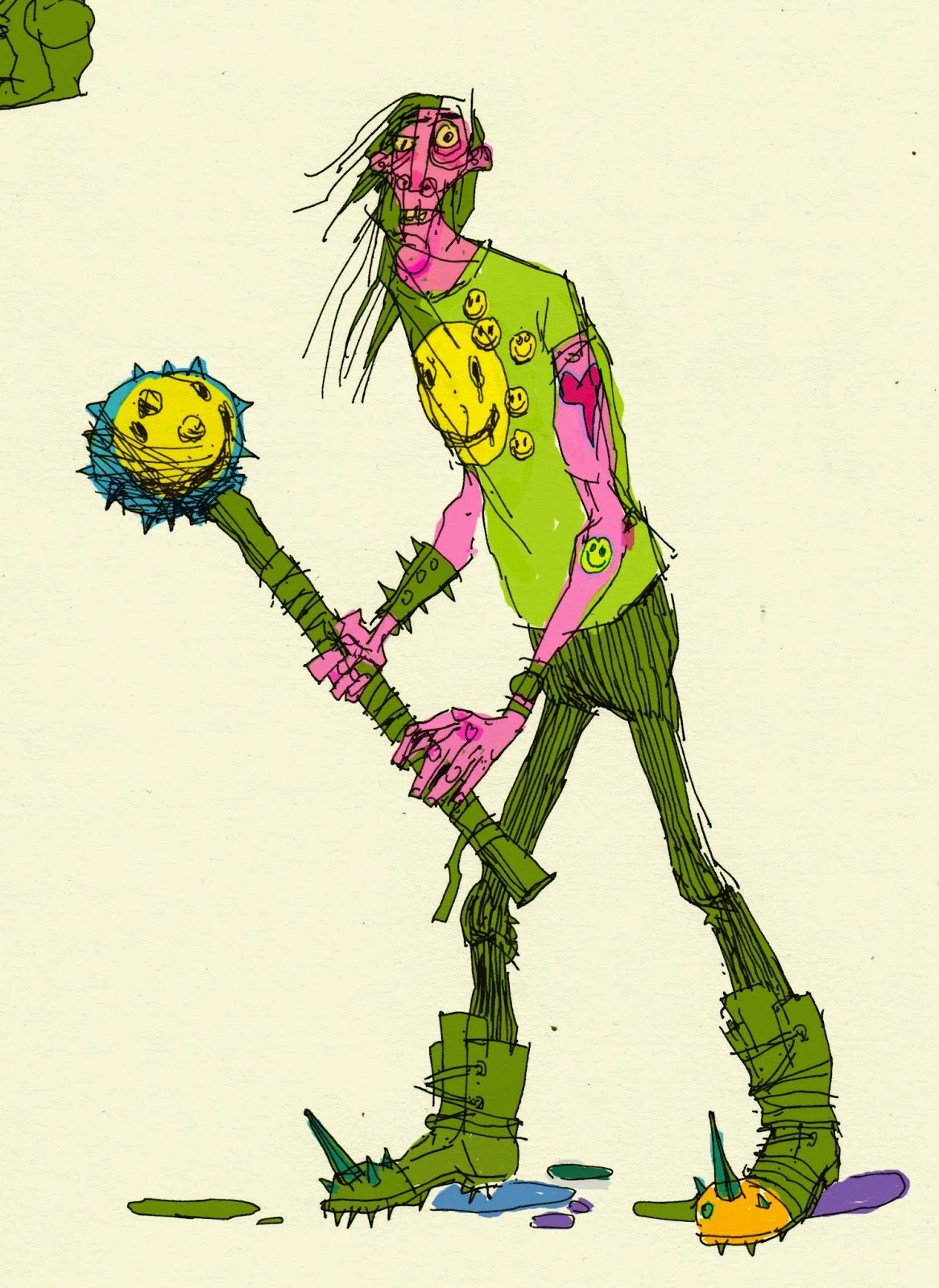 A Rat on his steed 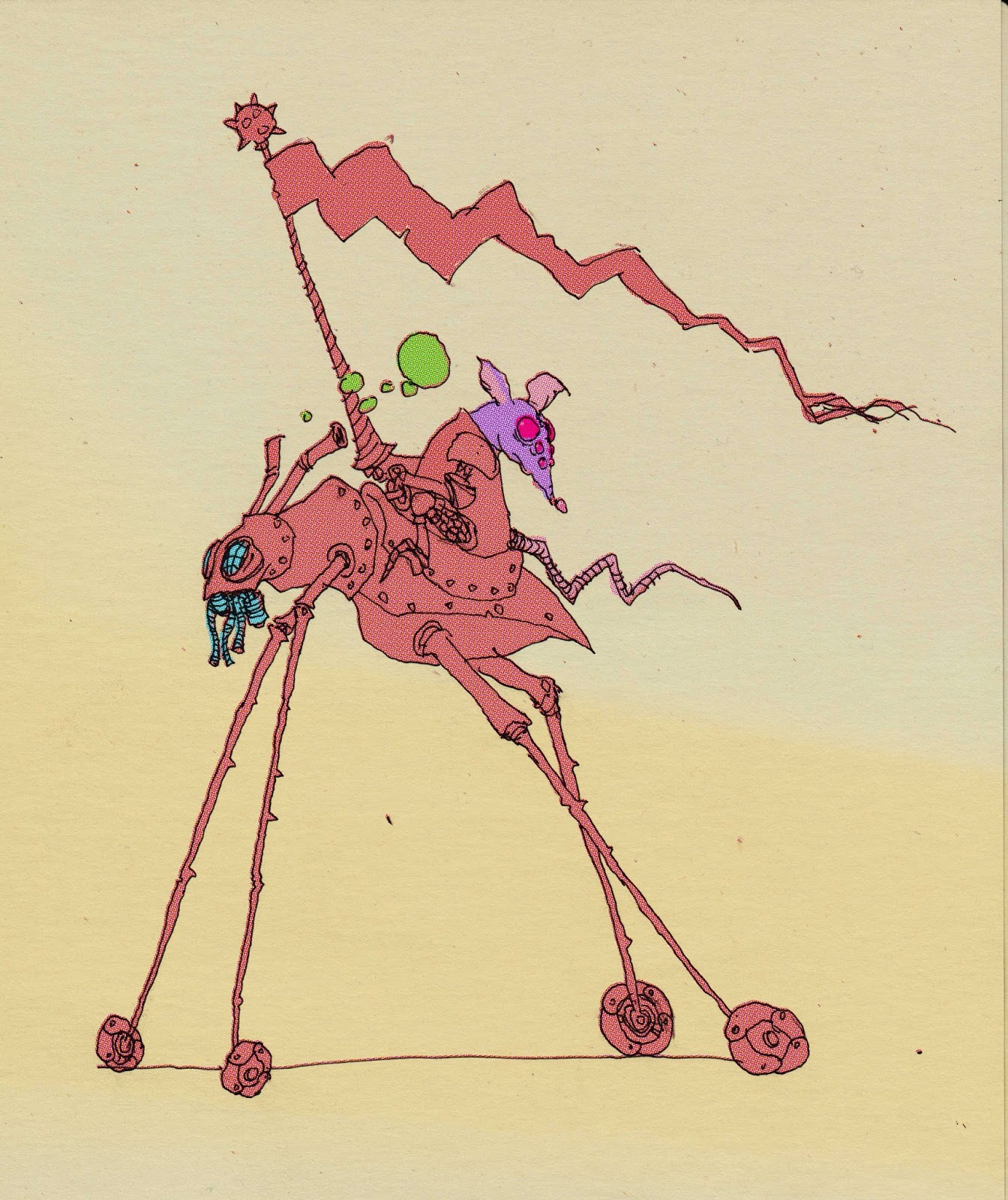 This link leads to the Rumble City word document. Feel free to edit, change etc the document to suit your needs.
Rumble City Word Document
This is still a work in progress so please be patient. Art is not finished, nor is the game itself. I will update it as I go.

this is a link to my 2014 one page dungeon submission.
https://docs.google.com/file/d/0B1OvTelCoUJ-OGJ2TlJpVFpqSms/edit

a silly alien abduction rpg, where you play the aliens.
https://docs.google.com/file/d/0B1OvTelCoUJ-TUZkUHQ4VWc2Yk0/edit